BRINGING GENDER EQUALITY AROUND THE WORLD

We are a network of gender equality experts united by our shared vision on human rights and equal opportunities for all, social justice, sustainable living and peace for the generations to come.

The TTC Equal Opportunities project was launched in 2017 after the approval of the Gender Strategy of Tbilisi Municipality aimed at eradicating gender based discrimination through the hiring of female bus drivers. The project included 7 objectives based on the 7 UN Women’s Empowerment Principles. OQ Consulting, as a consortium partner of AETS, helped with the gender mainstreaming tactics through the specific tasks & activities part of the overall action plan.In November this year we were part of a TTC Conference for donors and the organization itself that was to report on the results & benefits of the project.

A few of the benefits of the TTC project that have been established are:

WHO WE WORK WITH

We’ve worked with governmental agencies and ministries all across Europe, Africa, Latin America and the Middle East

We’ve provided gender and diversity lectures & training to academic institutions, including ISPI in Milan,  The Hague Academy for Local Governance, the Academy of State Services in Ashgabat

WHAT SOME OF OUR CLIENTS SAY

“Very interesting and intensive. This training should become compulsory to all staff members.” 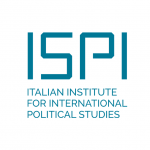 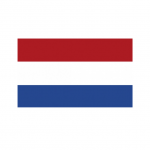 “It was 2 inspirational days, with sharing a lot of relevant information and experiences.”

Don’t hesitate to get in touch with us, let’s talk